Nutritional and fun, these bite-size snacks are quick and simple yet filling. 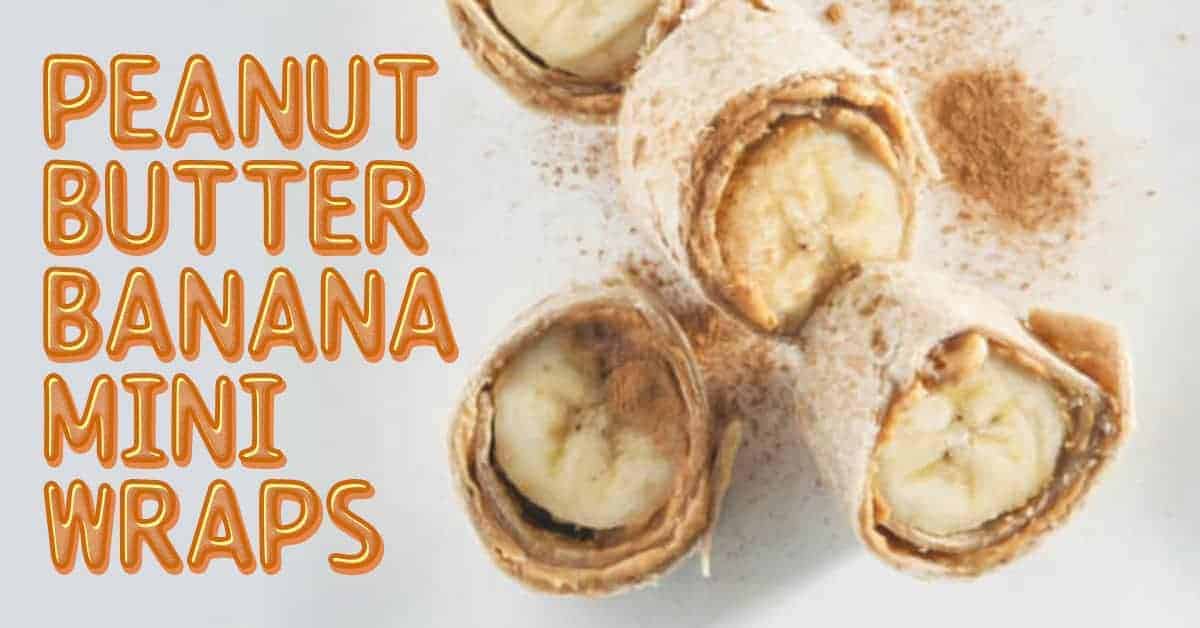 Filled with good-for-you fats and also the fiber and carbs your body needs. Play around with the ingredients in this recipe, try swapping your favorite nut butter, and instead of banana, try sliced strawberries or mixed berries.

Besides being packed with potassium, bananas also may boost your mood. That’s because they’re a good source of tryptophan, an amino acid shown to increase serotonin — the feelgood brain neurotransmitter.

Fiber-rich grains such as low-calory wholewheat wraps keep you feeling fuller for longer and also help move food waste through the gut while helping to control blood sugar levels (reducing your risk of Type 2 diabetes).

Maple Syrup provides a quick boost of energy. The natural sugar content of maple syrup enters the bloodstream rapidly, making it an excellent energy source when quick bursts of energy are needed, like before a workout or during a long endurance run. manganese, Maple Syrup contains lots of riboflavin, copper, and calcium, as well as polyphenols and several essential nutrients.

Get your Peanut Butter and Nut Butter straight from a Vince Russell Nut Butter Mill to ensure freshness and that there’s no nasty additives and preservatives.

Packed with protein, fiber, and healthy fats, nuts are a perfect weight-loss food. 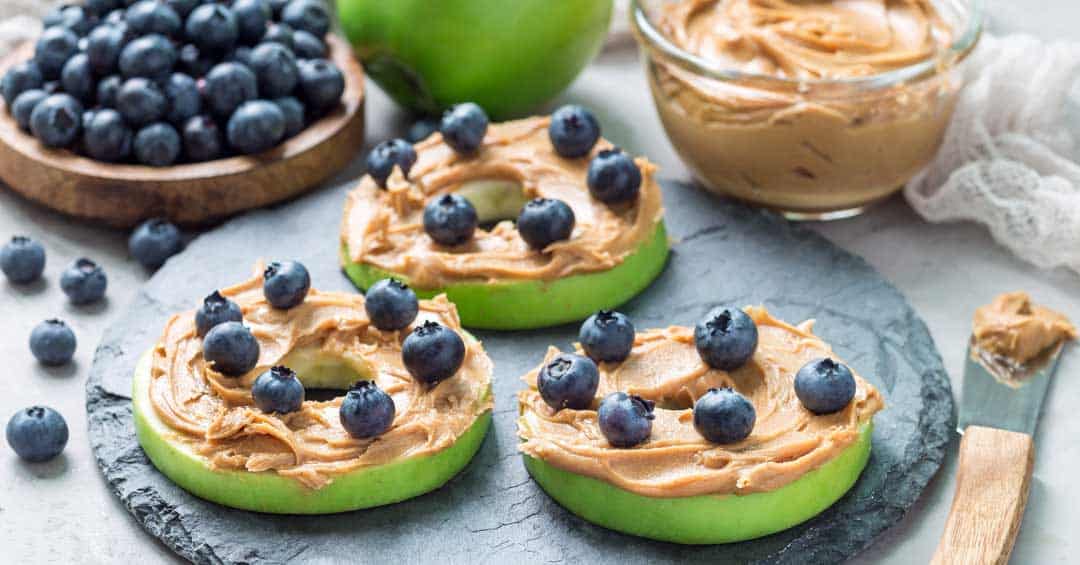 Brazil Nut is the richest known food source of selenium, with just two nuts providing more than a day’s worth of the mineral. Selenium not only plays a key role in metabolism, immunity, and reproductive health, but also helps the body absorb vitamin E, which can help ward off cataracts in later life.

Brazil nuts are packed with health-boosters like copper, zinc, potassium, riboflavin, heart-healthy fats, and magnesium, a mineral that many women are deficient in (especially those taking birth control pills) 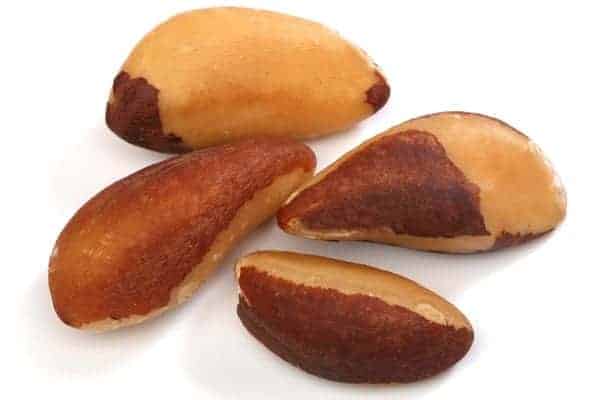 Polyunsaturated fats can help reduce abdominal fat, while saturated fat, like the kind in baked goods and red meat—can increase waist size. (Saturated fats “turn on” certain genes that increase the storage of fat in the belly, researchers say.) Polyunsaturated fats, such as those found in walnuts, activate genes that reduce fat storage and improve insulin metabolism. Walnuts are also one of the richest dietary sources of heart-healthy omega-3 fatty acids. 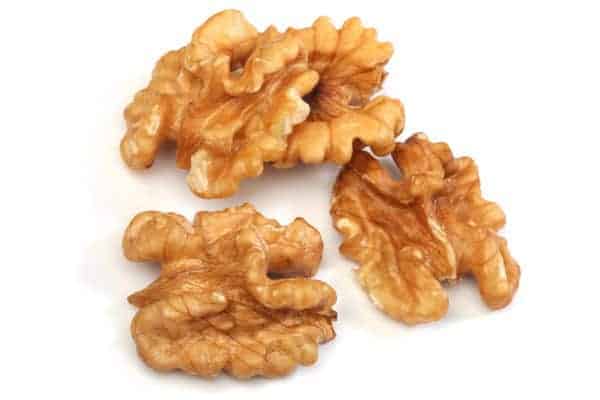 Power through your day with Pistachio Butter

Pistachios are rich in mono, and polyunsaturated fats which help to reduce glucose levels which can help fight diabetes and improve metabolism.

Eating Pistachio Butter will not lead to weight gain. Instead, it can indirectly assist in weight loss by making you feel full.

Cashew Butter is a good source of phosphorus, magnesium, calcium, and copper, which helps your body relieve various conditions like constipation, insomnia, headaches, and muscle cramps, as well as regulating the immune system and supporting brain function. Cashew Butter also contains a healthy amount of biotin, which will help keep your hair shiny and your nails and bones strong. Try using delicious Cashew Butter in smoothies and desserts.

Cashew Butter fresh from the Vince Russell Wholenut Mill is made from the purest of ingredients: cashews. It’s choc full of iron, essential vitamins and none of the bad stuff, making it ideal for an energy-boosting snack. 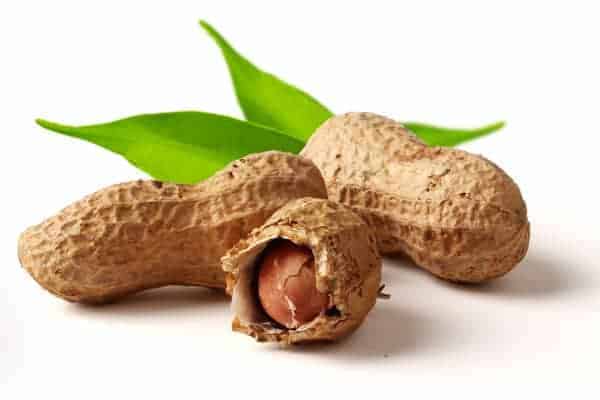 Nuttin’ But The Facts

Nuts and nut butters contain a cracking amount of vitamins and minerals PLUS more than a fair share of protein, fibre and fat to help crush cravings. 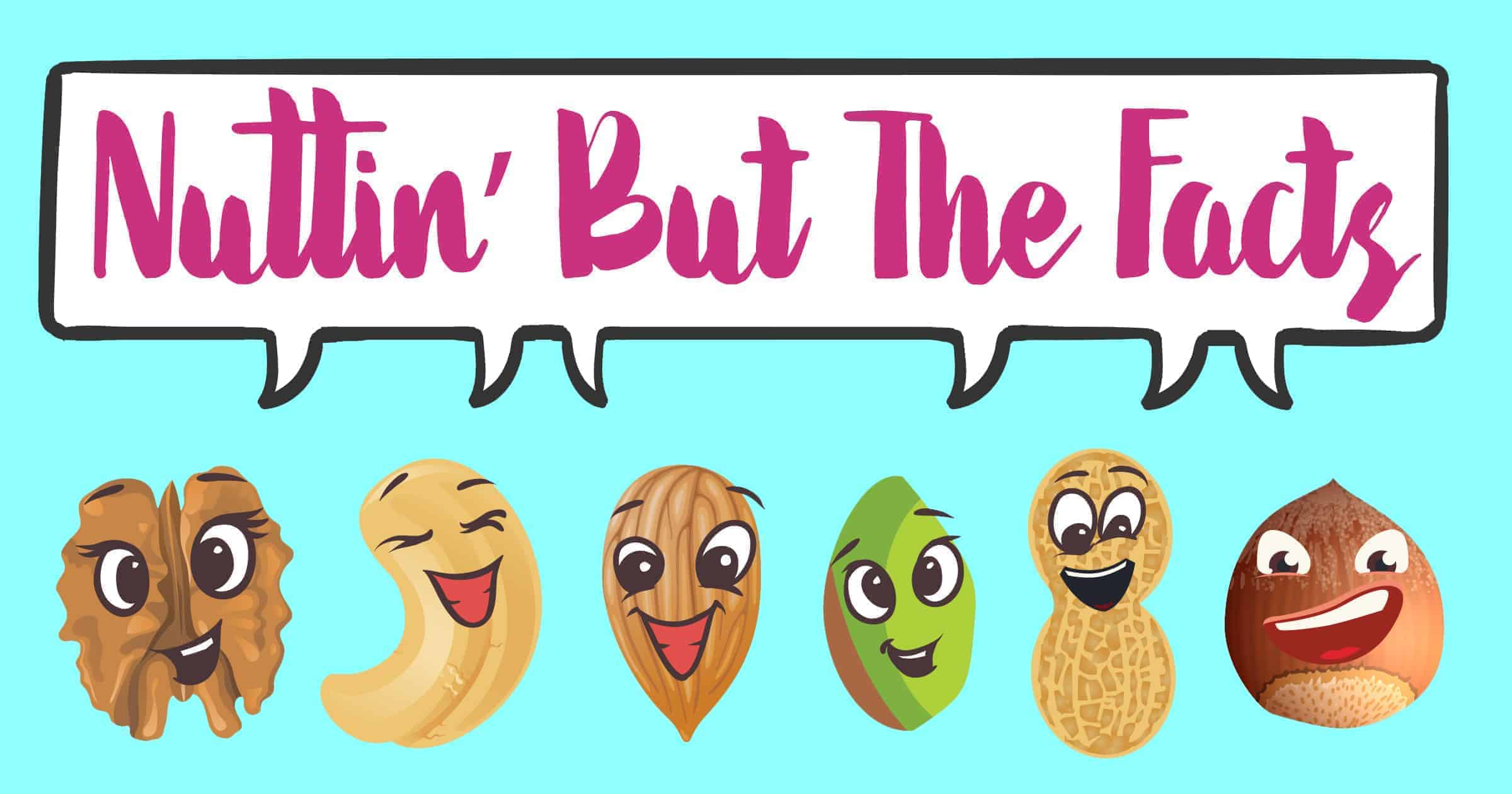 Peanuts contain resveratrol, a phytochemical linked to reducing the risk of heart disease, cancer and chronic kidney disease. Also, peanuts have the highest amount of protein in this group and are the best source of arginine, an amino acid that can help lower blood pressure. 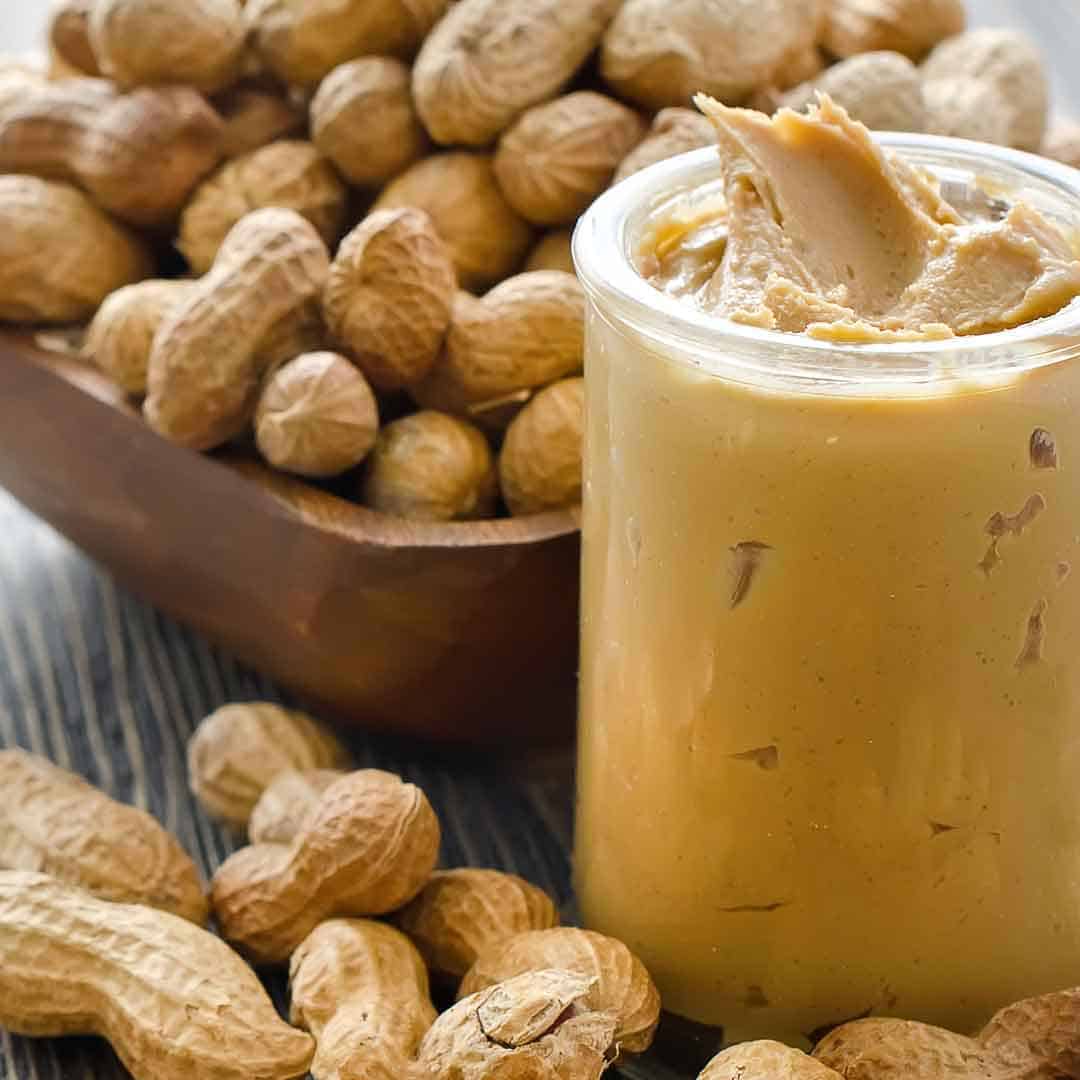 Almonds contain more fiber than other nuts, so they fill you up, making them an amazing dieting food. Almonds are high in monounsaturated fats, protein and various important nutrients which may help lower blood sugar levels, reduce blood pressure and lower cholesterol levels. All things considered, almonds are a true Super Food. 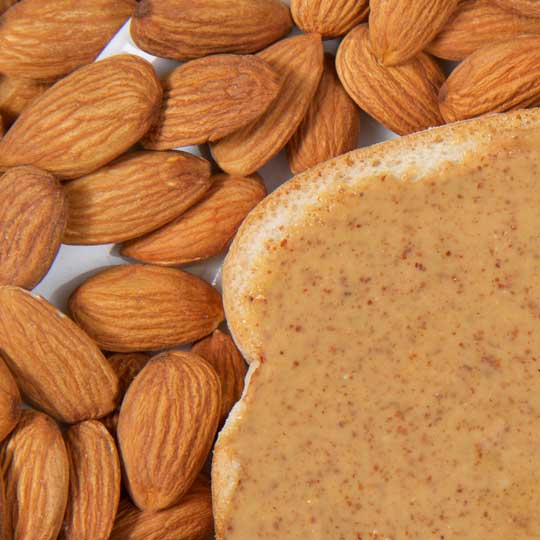 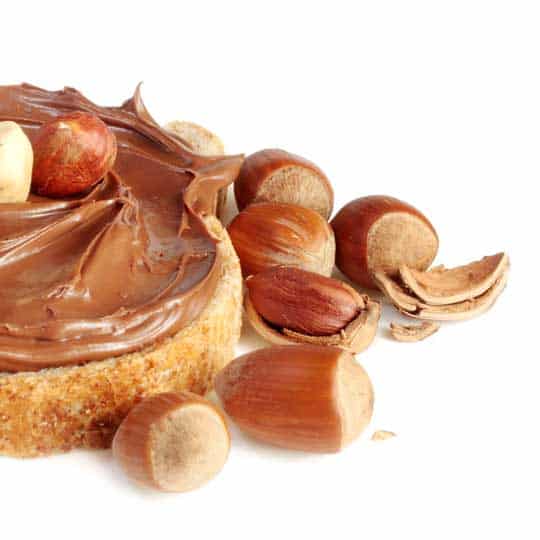 Pistachios contain carotenoids like betacarotene, lutein and zeaxanthin, which may lead to improved vision. They also contain vitamin E and phenolic compounds, antioxidants with anti-inflammatory properties that may help reduce chronic disease risk. 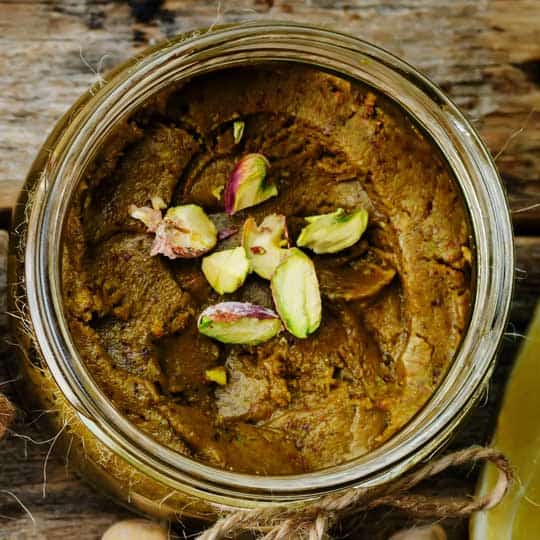 Walnuts are very nutritious nut and have higher antioxidant activity and significantly more healthy omega-3 fats than any other common nut, which may help reduce heart disease risk. Walnuts have beneficial bacteria that promotes the health of your gut and may help reduce disease risk. Walnuts have polyphenols which may reduce your risk of certain cancers, including breast, prostate and colorectal cancers. The nutrients in Walnuts may help support good brain function as you age. 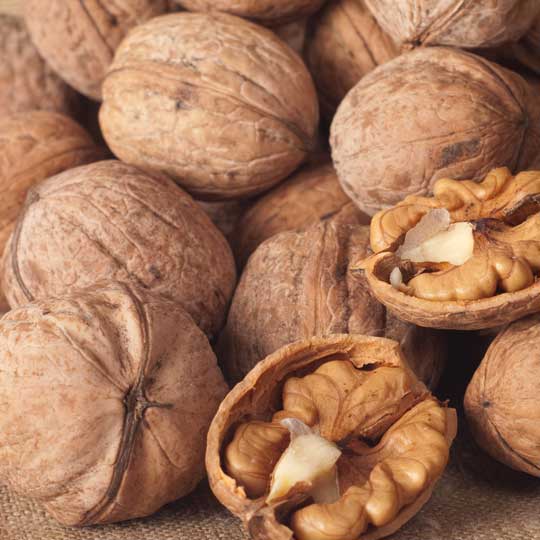 Part of the treenut family, these versatile nuts are popular in the health food scene as milks, butters and packaged snacks. They’re chock full of zinc, copper and magnesium, which all help support a healthy immune system as well as nerve, muscle and bone function. 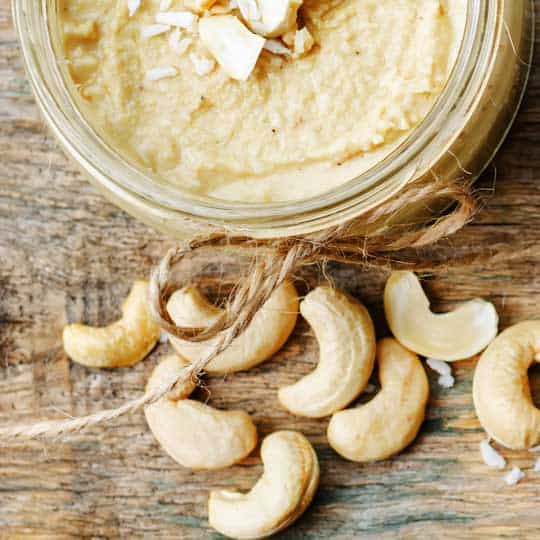 I don’t know why people buy salad dressing, when you can make your own that is healthier, tastier, and so easy to make? 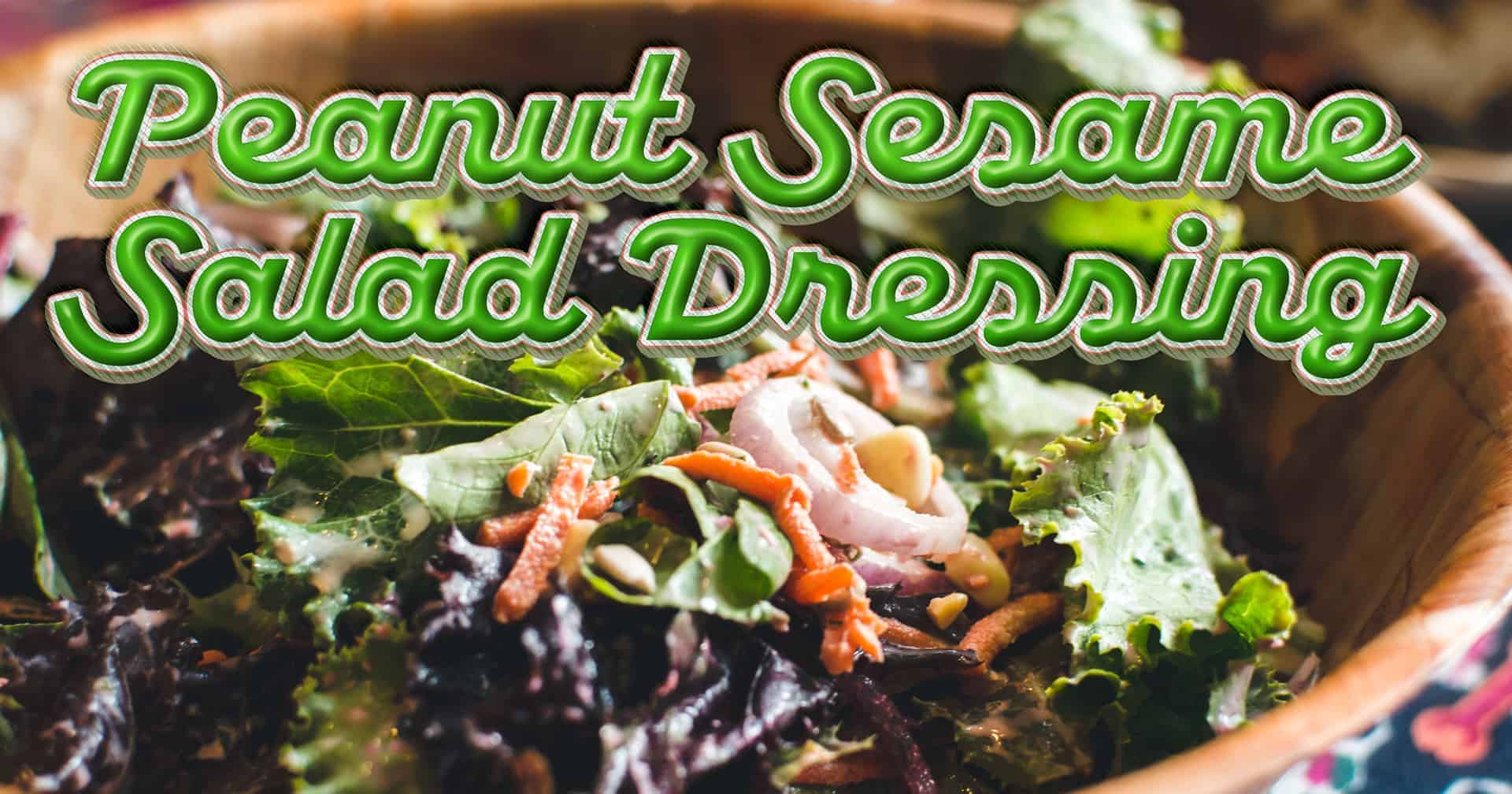 Check out this amazing Peanut Sesame Salad Dressing, easy to make in small batches so it’s always fresh. Make sure you get your Peanut Butter from a Vince Russell Peanut Butter Mill to ensure it’s preservative and additive free.

Add dressing to salad, and fluff and toss until dressing is well absorbed.

This Spanish sauce will have your taste buds doing a tango! 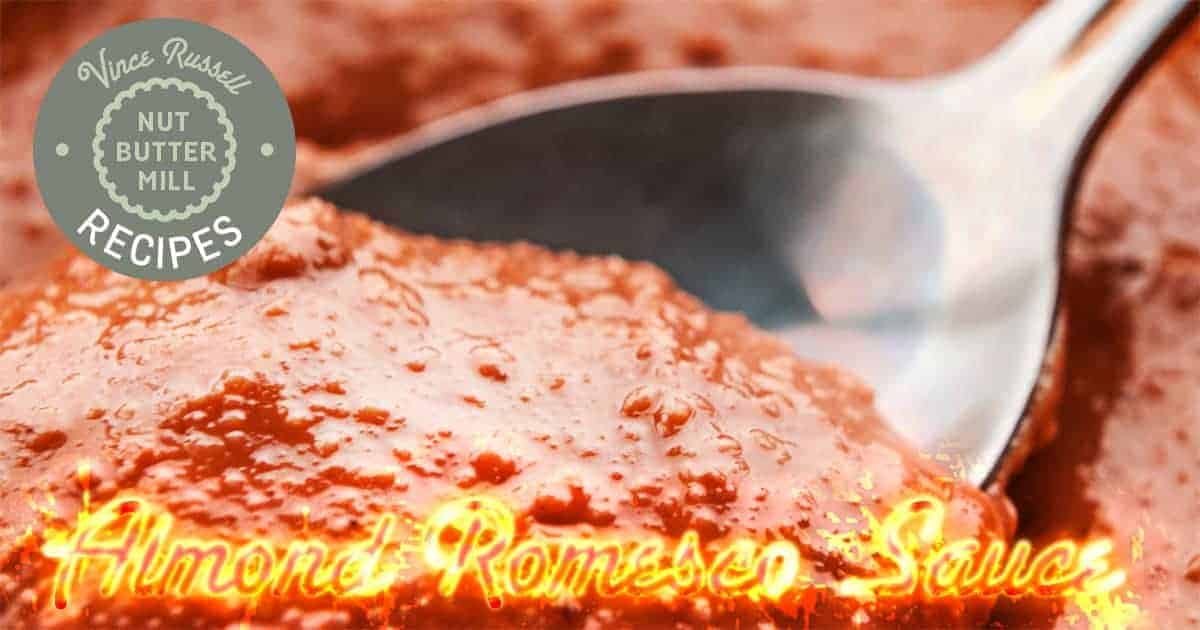 Romesco is a great dip with crusty bread or works well with grilled or baked veggies.

Pulse all ingredients, except the olive oil, in a food processor until smooth. Continue to pulse and slowly add the olive oil until combined.

Serve room temp, or you can heat it up.

Romesco is a nut and red pepper-based sauce from Catalonia. There are many variations created by adding roasted or raw almonds and/or hazelnuts, roasted garlic, olive or sunflower oil and chilies.  Stale bread or flour is often used as a thickener or to provide texture.

During the springtime, salsa romesco is served as an accompanying dip for calçots, a spring onion typical to Catalonia, during traditional springtime calçot barbecues called “calçotades”. During calçotades, calçots are roasted over an open fire until their outer layer is charred. The charred layer is then removed and the tender part of the onion may be dipped into the romesco.

Almond butter is available in most grocery stores, often right alongside peanut butter. Look for shops that provide fresh nut butter with no preservatives, such as any nut butter made with a Vince Russell Nut Butter Mill.

Almonds are great for runners, since they are particularly high in vitamin E, an antioxidant that protects against toxins, and they deliver a punch of potassium, which encourages muscle recovery.

Source: The National Peanut Board 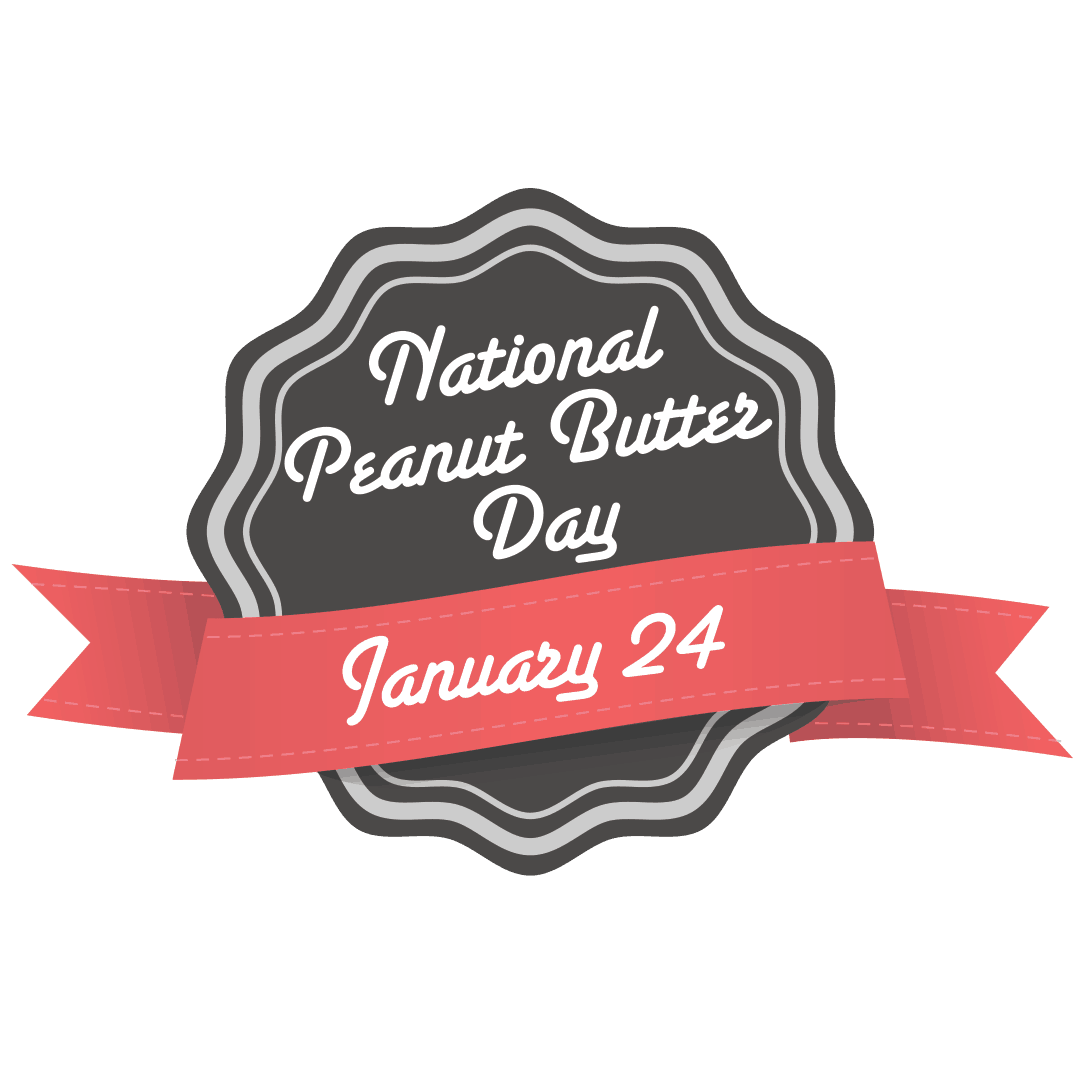 This is the first peanut butter based holiday celebrated in the U.S. The second one is called National Peanut Butter Lover’s Day, celebrated on March 1st.

Peanut butter food paste / spread has been enjoyed since the 19th century but can be traced all the way back to about 1500 B.C. when Incas ground peanuts down to make a paste which they ate and also added to drinks.

In 1922, Joseph Rosefield invented a process to keep peanut oil from separating from the peanut solids. (Side note: the separation is now considered a sign of healthy nut butter with natural oils and not over processed). He later sold the patent to a company started to make Peter Pan peanut butter. Later, Rosefield  went into business selling Skippy peanut butter.

Make your own Almond Milk

Almond milk is an easy dairy-free milk substitute, made with almonds and water. 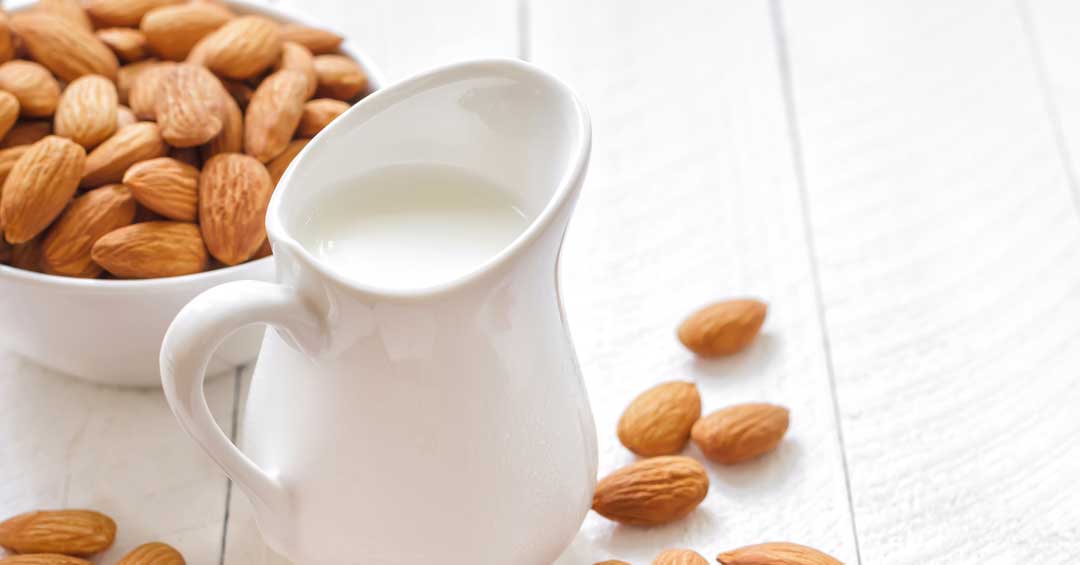 It’s perfect for pouring over cereal, using it in smoothies, or even adding to your coffee!

To make almond milk, add one tablespoon of almond nut butter with one cup of water. To make extra creamy, add 1 teaspoon of vanilla bean paste and/or a fresh-pitted date. Blend at high speed.

Experiment with other nut butters such as cashew nut butter and let us know which is your favorite plant-based milk.